GEOFF TAKES OFF AFTER LOCKDOWN

In a parallel universe, Geoff Constable would this month have been throwing himself into the Yarra River, as an entrant in the iconic Moomba Birdman Rally.

Using his engineering skills, together with work-mates he had designed his flying craft under the moniker, Team PV Avenger, and was excited about being part of the event.

Those who know Geoff would not be surprised.

From awareness raising through Fight Parkinson’s and his employer to promoting the cause through competitive events and co-creating a social support group for people with Young Onset Parkinson’s, Geoff is keen to help others while on his own journey.

That‘s not to say the past 12 months have not challenged his positive nature. As for many people with Parkinson’s, he was concerned about any potential long-term impact of COVID-19.

Restrictions also impacted his exercise routine, in particular his cycling which in normal times could see him riding hundreds of kilometres a day.

It was around Christmas that Geoff took stock and realised his Parkinson’s symptoms had worsened, almost to the stage of when first diagnosed. He was experiencing more pain, rigidity and balance issues.

“It was hard trying to break the lockdown mentality to get out and about again. But on the first couple of rides I realised how much I’d missed it. I also started to straight away feel the difference, particularly in my legs, after the ride and for the rest of the day.

“For me that’s a driver too. It pushes you. If you are feeling better, why wouldn’t you keep doing it?”

Working in a team is also important which is why is he is drawn to group exercise endeavors and competitive events. And it’s why he set up the Young and Early Onset Parkinson’s Alliance with Andrew Lindsay, who he met through his Parkinson’s advocacy work.

Unfortunately, timing was not on their side. Their first get-together was in February 2020.

“It was unfortunate because it was in its early stages, but the way we had set it up, the way we wanted to make it grow, was dependent on that face-to-face connection so it sort of shut us down a bit.”

At the same time, Geoff and others like him were having to adapt to the 2020 norm of working from home - other priorities and ongoing uncertainty took over.

Geoff said it was not until the Victorian Premier started talking about a road map during the second Melbourne lockdown that he started to feel positive again, looking at other ways to connect and help people.

That included signing on as a participant in the ParkinDance research project. He has also been working with employer, multi-national firm, Jacobs Engineering, to increase awareness of Parkinson’s.

On World Disability Day in November, Geoff gave an online presentation to some 600 employees and senior managers about hidden disabilities and inclusion.

“Many employers have empathy and are willing to help, but they don’t know how to. We need to have a conversation to educate them as to what our needs are and that they can differ for people with the same disease.

“I think that message really resonated with some of the senior managers as it was something they hadn’t really heard before.”

Being open has also brought forth shared experiences within the global context at work, with colleagues from around the world getting in touch to say they had Parkinson’s.

Geoff is also extending his global network as an ambassador for the prestigious World Parkinson Congress, a triennial international forum staged by the World Parkinson Coalition, scheduled to be held in Barcelona in July 2023.

He is one of two Australians represented on the 15-member international event ambassador program.

Geoff attended his first congress in Kyoto, Japan in 2019.

Geoff was impressed with what he learned and the connections he made.

“That’s what pushed me into being an ambassador. Some of the people I connected with on that first day in Kyoto, who I’d never met before from America and from London, are now also ambassadors. 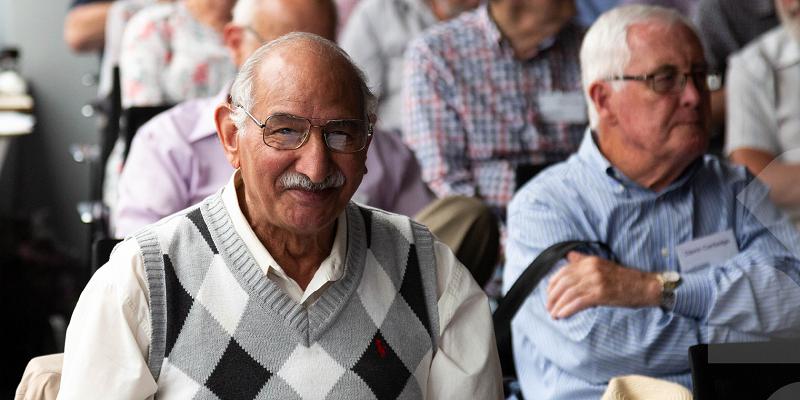