Cognition or cognitive function is a term used to describe the thought processes of your brain.

The cognitive changes experienced by people with Parkinson’s vary from person to person. Possible cognitive symptoms linked with early-stage Parkinson’s include:

As Parkinson’s progresses these symptoms can worsen and new symptoms might appear. Possible impairments later in the course of the condition might include:

Mild cognitive impairment refers to a decline in memory and thought processes that is not as severe as dementia. It normally involves many of the symptoms outlined above, although their impact on daily life is not as profound.

Advise your GP or specialist if you have noticed changes in cognition, even if the symptoms are only mild.

Although cognitive impairment is common in people with Parkinson’s, comparatively few people develop dementia. Dementia refers to a decline in intellectual functioning severe enough to interfere with participation in daily social and physical activities.

Generally, dementia is more likely to occur in the later stages of Parkinson’s.

Typically, dementia does not respond to normal Parkinson’s medications. If you have noticed significant cognitive change you should inform your GP or specialist.

Lewy body disease occurs when there is an abnormal build-up of a protein called alphasynuclein in the brain. Depending on where the proteins accumulate, Lewy body disease can lead to impairments in movement, thinking and behaviour.

This overlap results in the disease being called a spectrum disease.

Some people may go on to develop dementia with Lewy bodies. In this form of the disease, the clumps of protein occur in the cortex (outer layer of the brain). This part of the brain is responsible for many cognitive processes, so the Lewy bodies are likely to result in cognitive impairments like those described under the symptoms heading above. It can result in symptoms similar to those seen in Alzheimer’s.

In some circumstances medications can help to lessen cognitive symptoms. You should speak to your GP or specialist about the options available. There are also various other health professionals who can provide professional support for dealing with cognitive impairments.

To overcome the cognitive changes linked to Parkinson’s, it is recommended that you keep as active and stimulated as possible - physically, mentally and socially. It is important to stimulate all the different parts of the brain. Some useful tips include: 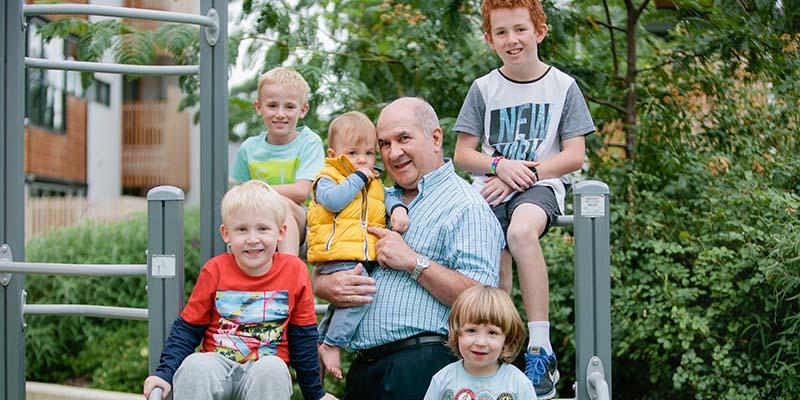 “It's a quality of life issue rather than a health issue.  It's about being able to spend quality time with my five grandsons."

Every person's DBS journey is unique.  This is Peter's.