Although the main treatment for Parkinson’s is medication, there are some types of surgery available to treat the symptoms of the condition.

Surgical treatment for Parkinson’s is a treatment option that may be offered to a person living with Parkinson’s who has had the condition for a few years. If you are experiencing less reliable symptom control from medications or if a medication regime is complex, it may be time to discuss surgical options with a neurologist.

How surgery may help

Surgery for Parkinson’s can give some people better control of their symptoms, but it is not a cure, so the condition will continue to progress. Most people will still need to take some medication.

Not everyone will be suitable for surgery, so you may want to discuss this option with your specialist. However, all surgery - including Deep Brain Stimulation - carries risk.

You may be referred to a consultant neurologist or surgeon at a hospital that performs surgery for Parkinson’s. If you are a suitable candidate for surgery there is a lengthy and comprehensive assessment to help ensure the best possible outcome.

Main types of surgery for Parkinson’s

The main types of surgery available for the treatment of Parkinson’s are:

There have been many exciting developments in surgical treatment for Parkinson’s in recent years and the future looks promising.

If you’re looking into whether surgery is right for you, it’s important you fully understand the procedure involved, the possible benefits and potential risks. Write down any questions you have and take these along to discuss with your specialist or surgeon.

Deep brain stimulation, known as DBS, is the main type of surgery used. It is important to discuss any risks which may apply to your situation with your neurologist and neurosurgeon.

It’s not a cure, but it can give some people better control of their symptoms.

It may help to reduce some movement symptoms of Parkinson’s, such as slowness of movement, stiffness and tremor.

It may also mean that someone has to take less medication, which can reduce the risk of side effects, such as involuntary movements (dyskinesia) or unpredictable ‘off’ periods.

The long-term outcome of deep brain stimulation is very encouraging.

Who is suitable for deep brain stimulation?

Not everyone will be suitable for deep brain stimulation, and it won’t work for everyone who has the operation. If you have responded well to tablet-based medication you may be a suitable candidate. Discussing the options with your neurologist or a DBS specialist neurologist will help identify your suitability.

What does deep brain stimulation involve?

Deep brain stimulation involves implanting leads, which have electrodes at the end, into specific site in the brain depending on the symptoms. Examples include:

The leads are usually implanted under local anaesthetic, so the person will be awake. Alternatively, they may be woken up part-way through the operation.

A small electric current will be sent through the leads to test how the person’s symptoms respond to stimulation, to make sure they have been put in the right place.

During this part of the procedure, which will either be part of the first operation or separate, the person will be put under general anaesthetic (so they are asleep).

The brain surgery part is called stereotactic surgery and is performed while you are awake which helps ensure the leads are implanted into the correct site. Local anesthetic ensures that no pain is experienced.

On average, the battery lasts between 3 and 5 years depending on the stimulator settings, but some may last longer before a replacement is needed.

Some people may have a device that contains a rechargeable battery. Someone with a rechargeable stimulator will be given and taught how to use a recharging unit.

Once the wounds from surgery have healed, the device will be switched on and the electrodes will deliver high-frequency stimulation to the area of the brain that is targeted.

This stimulation will change some of the electrical signals in the brain that cause the symptoms of Parkinson’s.

A specialist will program the stimulator using a small computer.

Someone with a device fitted will be given instructions on how to use their own programmer. This will allow them to adjust the stimulation (within a certain range) and check the battery life.

The stimulator may continue to be adjusted over a period of time.

It may take several months to fully program the stimulator and adjust Parkinson’s medication to get the most benefit from this treatment.

After surgery people are usually asked to come back after 6 weeks, 3 months, 6 months and 12 months. This will vary among hospitals, the type of procedure and individual situations. It is important to attend all of your follow up appointments with your neurologist and neurosurgeon.

Ask your doctor what changes you need to be aware of - both good and bad - and for a list of symptoms that may require an immediate response from your neurologist or neurosurgeon.

Pay attention to any behavioural, emotional, and cognitive changes after surgery. If you have any concerns or begin to feel unwell, contact your specialists immediately. You can also contact Fight Parkinson's' multi-disciplinary health team on 1800 644 189.

Most everyday activities are safe. However, welding is not safe nor is any activity where you are exposed to strong electrical currents. There are some sports that could damage the system.

If you’ve had deep brain stimulation you can travel by plane, but you should inform airport security that you have a pacemaker-like device installed and carry a card that explains that you have had this type of surgery.

Exposure to electromagnetic radiation such as those at security screening points may accidently affect the stimulator and you will need to be manually checked.

You should also carry the hand-held programmer when travelling. This is in case the stimulator is accidentally switched off.

Make sure you make hospital staff and other healthcare professionals, including dentists and physiotherapists, aware if a neurostimulator has been implanted.

MRI scans, a type of brain scan, can only be used under very strict conditions. Antibiotics have to be prescribed when there is a risk of germs getting into the blood stream, for example during dental procedures or surgery.

Diathermy is the use of a high frequency electronic current to produce heat and is often used to relax muscles. It should not be used on someone who has had deep brain stimulation.

Although the main treatment for Parkinson’s is medication, lesioning is one type of surgery available to treat the symptoms of the condition.

Lesioning involves making selective damage (a lesion) to some of the cells in a target area of the brain.

The target site is found using a brain scan. An electrode is then inserted into the site and an electric current is passed through the tip. This causes damage to some of the cells that control movement.

This may reduce movement symptoms, such as tremor or involuntary movements (dyskinesia).

Lesioning surgery can be an effective treatment for Parkinson’s, but it isn’t a recommended choice for most people, because lesioning may cause irreversible side effects.

Pallidotomy involves making a destructive lesion in part of the brain called the globus pallidus.

The main benefit of this type of surgery is that it may reduce involuntary movements (dyskinesia), which can be one of the side effects of Parkinson’s medication. Pallidotomy may also help with rigidity and slowness of movement.

Thalamotomy involves making a destructive lesion in part of the brain called the thalamus. The technique is now only used in rare cases, mainly to treat tremor.

The procedure is usually done on one side only, because bilateral (both sides) thalamotomy is thought to be much riskier.

This involves making a destructive lesion in part of the brain called the subthalamic nucleus. This technique has been performed by some neurosurgeons, mostly in countries where deep brain stimulation surgery is not available. It is not certain what the long-term effects of subthalamotomy are.

The future of surgery for Parkinson’s

There are currently many unanswered questions about surgery for Parkinson’s, and more research is needed.

Right now, researchers are unsure how long any benefits may last or whether any types of surgery may delay the progression of Parkinson’s.

Another possibility is that the best symptom control may come from using a range of different types of surgery. This needs to be addressed in future clinical trials.

Other future options for surgery, which currently remain experimental, are aimed at replacing and/or restoring the dying dopamine cells.

There have been many exciting developments in surgical treatment for Parkinson’s in recent years and the future looks promising.

Find out about current research we are funding to find new and better treatments and a cure. 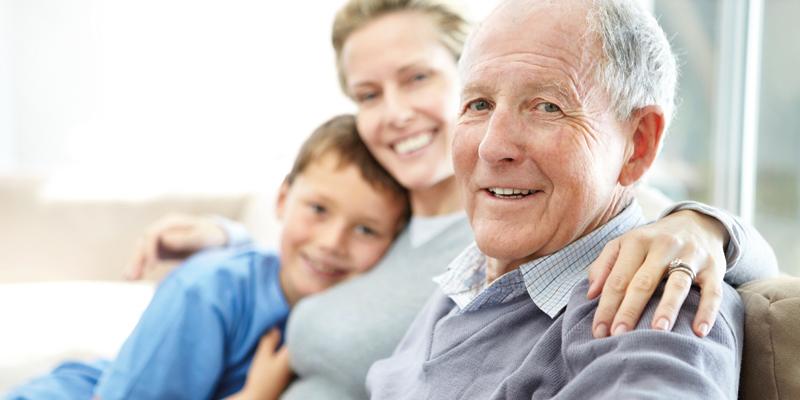