Geoff’s diagnosis of Young Onset Parkinson’s in 2013 delivered an answer to a raft of symptoms that had been troubling him for years. He didn’t present with any of the classic symptoms and with no test yet available for Parkinson’s, it took some time to confirm the condition.

“It was actually a big relief to finally put a name to my condition. In fact, I even remember smiling when the neurologist told me, which was not a reaction he had encountered before,” says Geoff.

Geoff’s positivity has continued unabated since diagnosis. He has thrown himself into a regime of outdoor activity to help manage the condition, including boxing classes and a daily 50 km cycling round trip from Macleod to full time work in the city. He also continues to coach junior basketball teams in suburban Domestic competitions and the Victorian Junior Basketball League.

“Parkinson’s opened-up a whole new direction for me; a better, healthier lifestyle.”

He is determined to learn as much as possible about his condition. This includes obtaining information from Fight Parkinson’s,  through the Florey Institute of Neuroscience and Mental Health and the Michael J. Fox Foundation. It has also provided him with a new cohort of friends and colleagues through Fight Parkinson’s’s Young Onset Group (YAP). Activities such as barefoot bowling and pub outings has not only provided social outreach, but also a chance to learn first-hand about the vagaries of the condition.

Parkinson’s has had little affect on Geoff’s work as a Civil Engineering draftsman, continuing to work on some of Melbourne’s major road and rail projects. He simply modifies some of the ways he works to accommodate the condition.

It’s early days in Geoff’s Parkinson’s journey, but he aims to work well past the retirement age of 65. With his positive outlook, new-found healthy lifestyle and great support from his wife Julie and three daughters, there’s no reason why he shouldn’t get there. 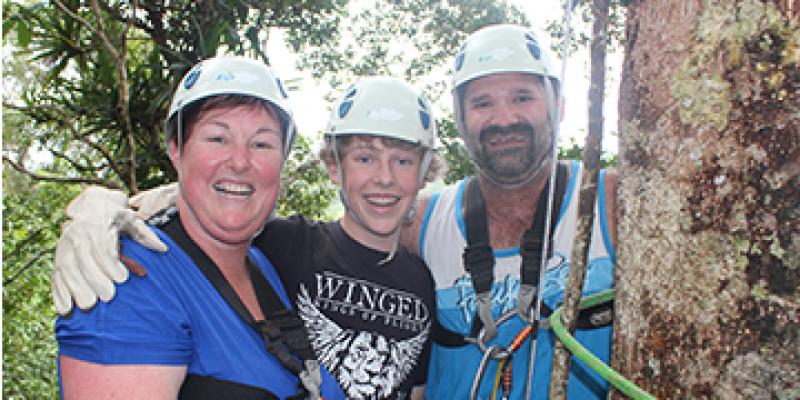