Grant was just 39 years old when he was diagnosed with Parkinson’s. He found himself constantly lethargic, enduring sleepless nights and with no explanation for his trembling hands or why his arm no longer swung when he walked.

Grant struggled with simple tasks such as putting on his socks, writing and even getting up from the couch.

This was not what Grant had imagined for his life. He remembers his legs bouncing up and down on his first solo flight as a commercial pilot. Just 21 years old, he now suspects this was the first sign of Parkinson’s.

“When I was diagnosed with Parkinson’s, in hindsight I was watching life go by. I was single, overweight, stressed, and work was getting harder…I moved like I was in a slow motion movie scene. Everyone could see the symptoms and had put it together, but me,” says Grant.

What is truly amazing is how Grant’s life has taken off since he was diagnosed. He’s met and married his wife Lisa, welcomed her three children into his life, and is President of his local Cricket Club. Grant is studying a Diploma of Financial Counselling and also finds the energy to support others as a Fight Parkinson’s Ambassador.

“Since I’ve had Parkinson’s the best things have happened to me. With lots of support from people around me, I go harder than I did before I had Parkinson’s,” says Grant.

Like many others, Grant has experienced his share of turbulence since diagnosis. Looking back, Grant wishes he had gained support sooner. With only 1 in 5 people diagnosed with Parkinson’s of working age, joining a Peer Support Group conjured up images for Grant of playing croquet and sipping cups of tea.

“I may have had misconceptions early, however, I very quickly discovered, that this group of people, without exception, are possibly more passionate than me about finding a cure, as well as finding ways to support and care for its members.”

It is Grant’s support crew – his family, team of medical professionals, and his Peer Support Group – that help him manage the daily challenges of Parkinson’s.

“Our Peer Support Group is a safe haven, where it can be a relief to take of the mask that I often try to hide behind and just shake, without feeling eyes gaze upon me or feeling like I have to explain myself,” says Grant.

In March, Grant spoke at a Recently Diagnosed Seminar run by Fight Parkinson’s. He shared his inspirational story of living with Parkinson’s with 40 people diagnosed with the progressive neurological condition in the last five years.

Grant is just one of the 27,000 people living with Parkinson’s in Victoria. As everyone’s journey with Parkinson’s is different, it is critical that we help them understand and adjust to the ongoing changes in their lives.

You can help others living with Parkinson’s – like Grant – reach new heights. Please make a donation today. 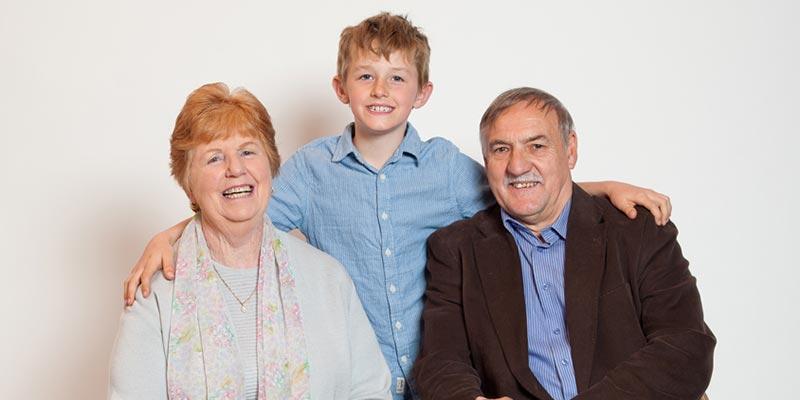